Let’s take a look at an example: 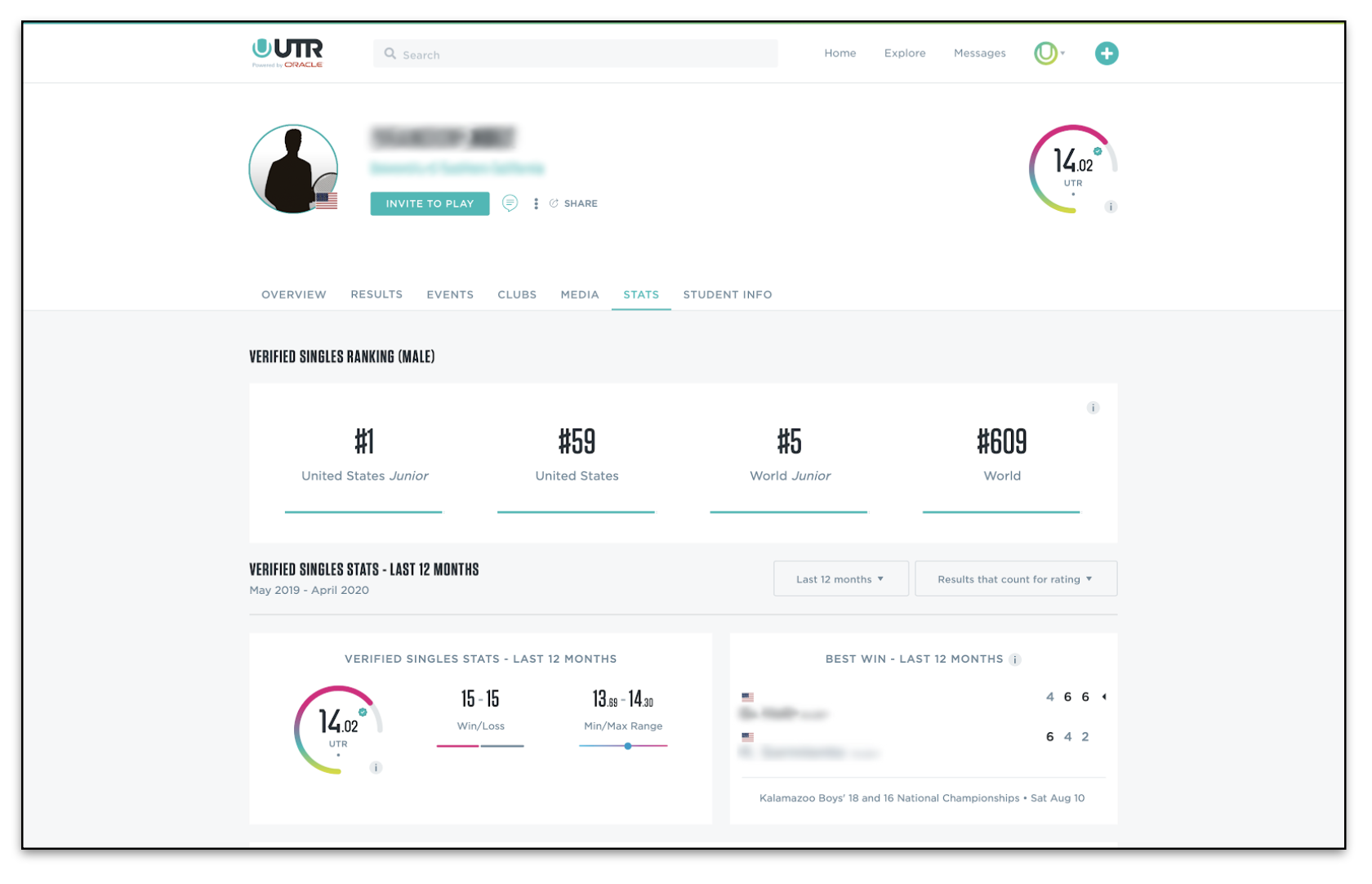 Here we have a male singles player who is one of the top junior players in the world. Reading left to right, we see country rankings on the left and world rankings on the right if applicable.

The left-most ranking shows this player at #1 in all male junior players from his home country (United States).

The next ranking shows this player’s ranking amongst all male players in his home country (United States), regardless of age, is #59.

Continuing to the right, this ranking shows this player at #5 amongst all male junior players, irrespective of the players’ home country.

Finishing all the way on the right, this is the player’s broadest ranking -- his world male ranking,  regardless of age. We see him coming in at #609 -- a ranking high enough to be playing professional tennis.

Question: What is an Age Category?
Answer: The age category tells which peer group the player is associated with. There are four possible age categories:

Note: If a player’s age category is unknown, the default setting is adult.

Note: More countries will be added on a rolling basis. Contact your national federation and recommend a UTR partnership!

Question: Are the rankings a free feature?
Answer: Yes, all users are able to see the player rankings.

Question: Where can I see the full list of players that make up a ranking?
Answer: The full list of players for a given ranking is not yet available. However, top player lists for major age categories (U14, U16, U18, High School, College, Pro) can be found on the myutr.com Player Spotlight (https://www.myutr.com/top-players).